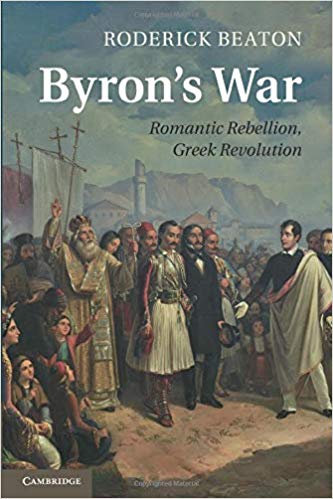 Roderick Beaton re-examines Lord Byron’s life and writing through the long trajectory of his relationship with Greece. Beginning with the poet’s youthful travels in 1809-1811, Beaton traces his years of fame in London and self-imposed exile in Italy, that culminated in the decision to devote himself to the cause of Greek independence. Then comes Byron’s dramatic self-transformation, while in Cephalonia, from Romantic rebel to ‘new statesman’, subordinating himself for the first time to a defined, political cause, in order to begin laying the foundations, during his ‘hundred days’ at Missolonghi, for a new kind of polity in Europe – that of the nation-state as we know it today. Byron’s War draws extensively on Greek historical sources and other unpublished documents to tell an individual story that also offers a new understanding of the significance that Greece had for Byron, and of Byron’s contribution to the origin of the present-day Greek state.