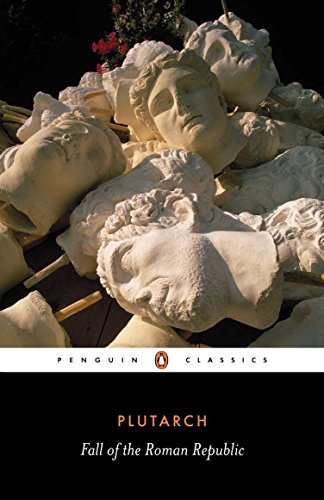 Fall of the Roman Republic

Dramatic artist, natural scientist and philosopher, Plutarch is widely regarded as the most significant historian of his era, writing sharp and succinct accounts of the greatest politicians and statesman of the classical period. Taken from the Lives, a series of biographies spanning the Graeco-Roman age, this collection illuminates the twilight of the old Roman Republic from 157-43 bc. Whether describing the would-be dictators Marius and Sulla, the battle between Crassus and Spartacus, the death of political idealist Crato, Julius Caesar’s harrowing triumph in Gaul or the eloquent oratory of Cicero, all offer a fascinating insight into an empire wracked by political divisions. Deeply influential on Shakespeare and many other later writers, they continue to fascinate today with their exploration of corruption, decadence and the struggle for ultimate power.