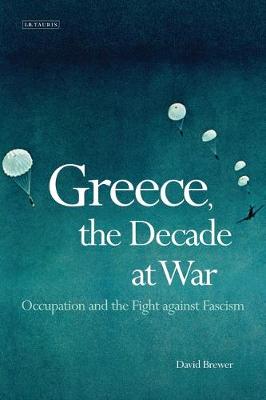 Greece, the Decade of War: Occupation, Resistance and Civil War

During the 1940s Greece was torn apart twice, first by World War II and second by Civil War.Beginning in 1941, the occupation of Greece by Germany was intensely brutal. Children starved on the streets of Athens. The Jewish population was decimated in the Holocaust. Heroic acts of resistance – performed in concert with the SOE – were met with vicious reprisals. When Greece was finally freed from Nazi rule in 1944, the fractured and embittered nation became engulfed in civil war, as conflict flared between the British and American-sponsored government and communist-led rebels. Acclaimed historian of Greece David Brewer here investigates this tumultuous decade in Greece’s modern history, providing a compelling military and political history.