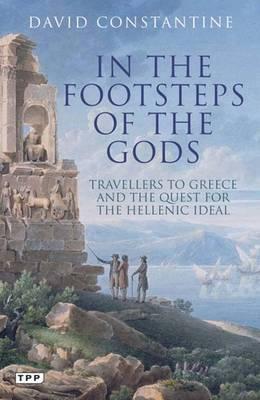 In the Footsteps of the Gods: Travellers to Greece and the Quest for the Hellenic Ideal

Gladiators and goddesses, philosophers and poets, epic battles and romantic landscapes – the classical world has for centuries captivated and inspired the west. But what provoked the shift from the western world’s love-affair with classical Rome and its manifestation in the Renaissance, to the Hellenic world? The decisive switch in focus and taste from Rome to Greece began in the 17th century, when a succession of travellers – mainly from France and England – journeyed to Greece and what is now Turkey and rediscovered the Hellenic world. In the Footsteps of the Gods traces the ways in which the constantly changing ideal image of ancient Greece, its art, politics and culture, inspired those who travelled there. With lively accounts of their adventurous journeys and vivid descriptions of what they saw, discovered, collected and published about the remains of ancient Greece, it reveals the extraordinary effects that these travellers’ accounts had on the poets and scholars of the west, who in turn were influential in creating the idea and ideal of Greece, which became such a powerful force in the arts and politics of the 18th and early 19th centuries. At the heart of the book is, in the words of the classicist, Richard Stoneman, ‘a poet’s vision of Greece’.

Δώστε πρώτος μία αξιολόγηση “In the Footsteps of the Gods: Travellers to Greece and the Quest for the Hellenic Ideal” Ακύρωση απάντησης