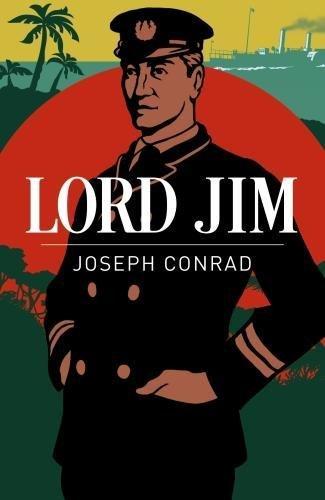 Captain Marlow, professional sailor and amateur storyteller, decides to hold his own open mic night and tell an audience all about the tragic tale of Jim. Back in the day Jim abandoned his sinking ship along with other members of the crew. Jim turned himself in to authorities and went on trial for dereliction (abandonment) of duty. Though publicly disgraced, Jim found a sympathetic buddy in Marlow. Jim told Marlow his whole, sorry story, and Marlow tried to help Jim out over the next few years. Marlow found him jobs, but Jim always quit and ran off again in an effort to escape his humiliation and shame.

Eventually Jim makes his way to the island of Patusan and becomes a local leader among the native people there. He even lands himself a girlfriend. The good times don’t last, though. A pirate named Gentleman Brown shows up and wreaks havoc on the island, and Jim makes some bad judgment calls that result in a death. Yikes. Once again Jim turns himself in to the authorities – this time the native leaders of the island. The father of a man Jim inadvertently got killed shoots Jim and kills him. Marlow relates this incident in a letter to an unknown recipient.