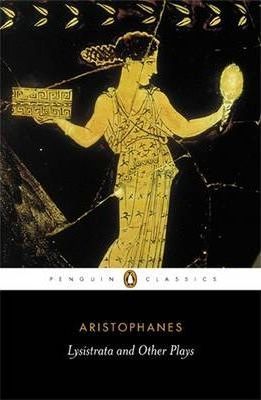 Lysistrata and Other Plays

Collecting three comedies that show Aristophanes tackling the consequences of war and social upheaval in Athens with his characteristic wit, Lysistrata and Other Plays is translated from the Greek with an introduction and notes by Alan H. Sommerstein in Penguin Classics.

Writing at a time of political and social crisis in Athens, Aristophanes was an eloquent, yet bawdy challenger to the demagogue and the sophist. In Lysistrata, the titular heroine persuades the women of Greece to withhold sex from their husbands, forcing them to end the Peloponnesian War