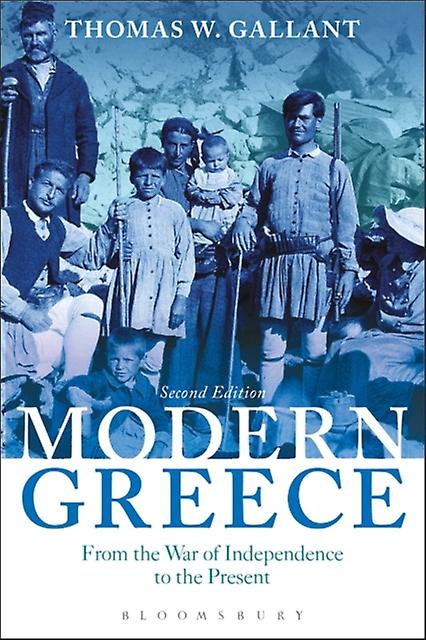 Modern Greece: From the War of Independence to the Present

Modern Greece is an updated and enhanced edition of a classic survey of Greek history since the beginning of the 19th century. Giving equal weighting to social, political and diplomatic aspects, it offers detailed coverage of the formation of the Greek nation state, the global Greek diaspora, the country’s relationships with Europe and the United States and a range of other topics, including women, rural areas, nationalism and the Civil War, woven together in a nuanced and highly readable narrative. Fresh material and new pedagogical features have been added throughout, most notably: – new chapters on 19th-century nationalism and ‘Boom to Bust in the Age of Globalization, 1989-2013’ – new timelines, maps, illustrations, charts, figures and primary source boxes – an updated further reading section and bibliography. Modern Greece is a crucial text for anyone looking to understand the complex history of this now troubled nation and its place in the Balkans, Europe and the modern globalized world.”

Δώστε πρώτος μία αξιολόγηση “Modern Greece: From the War of Independence to the Present” Ακύρωση απάντησης