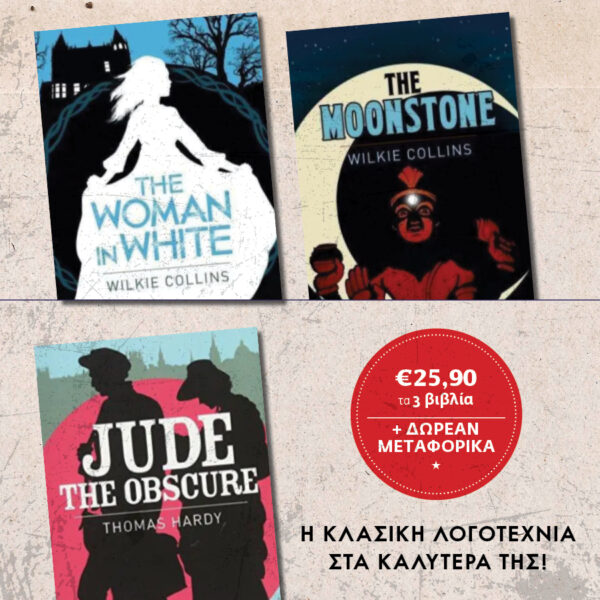 Wilke Collins’ novel, “The Woman in White” has intrigued readers for generations. In the story a young and genial tutor of arts, Walter Hartright, encounters a woman dressed head to toe in white who is lost in the streets of London. After reporting her to the authorities Walter is informed that the lady was an escapee from a mental asylum. However, when Walter takes a new position in teaching art he encounters a girl named Laura, whose looks are stunningly similar to those of the woman in white. As the pair fall for one another, the sense of mystery deepens – is there more to their meeting than first meets the eye?

The Moonstone, a yellow diamond looted from an Indian temple and believed to bring bad luck to its owner, is bequeathed to Rachel Verinder on her eighteenth birthday. That very night the priceless stone is stolen again and when Sergeant Cuff is brought in to investigate the crime, he soon realizes that no one in Rachel’s household is above suspicion. Hailed by T. S. Eliot as “the first, the longest, and the best of modern English detective novels,” The Moonstone is a marvellously taut and intricate tale of mystery, in which facts and memory can prove treacherous and not everyone is as they first appear.

The controversial tale of Jude Fawley and his unconventional relationship with his cousin, Sue Bridehead, is as fascinating today as it was when Hardy published the novel in 1895.