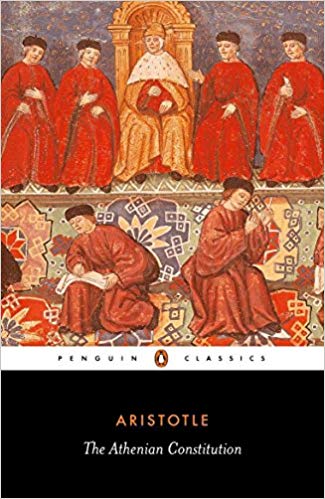 Probably written by a student of Aristotle, The Athenian Constitution is both a history and an analysis of Athens’ political machinery between the seventh and fourth centuries BC, which stands as a model of democracy at a time when city-states lived under differing kinds of government. The writer recounts the major reforms of Solon, the rule of the tyrant Pisistratus and his sons, the emergence of the democracy in which power was shared by all free male citizens, and the leadership of Pericles and the demagogues who followed him. He goes on to examine the city’s administration in his own time – the council, the officials and the judicial system. For its information on Athens’ development and how the democracy worked, The Athenian Constitution is an invaluable source of knowledge about the Athenian city-state.