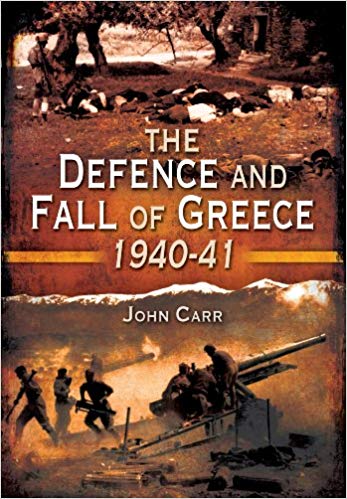 On 28th October 1940, the Greek premier, Ioannis Metaxis, refused to accept a deliberately provocative ultimatum from Mussolini and Italian forces began the invasion of Greece via Albania. This aggression was prompted by Mussolini’s desire for a quick victory to rival Hitler’s rapid conquest of France and the Low Countries. On paper, Greek forces were poorly equipped and ill-prepared for the conflict but Mussolini had underestimated the skill and determination of the defenders. Within weeks the Italian invasion force was driven back over the border and Greek forces actually advanced deep into Albania. A renewed Italian offensive in March 1941 was also given short shrift, prompting Hitler to intervene to save his ally. German forces invaded Greece via Bulgaria on 6 April. The Greeks, now assisted by British forces, resisted by land, sea and air but were overwhelmed by the superior German forces and their blitzkrieg tactics. Despite a dogged rearguard action by Anzac forces at the famous pass of Thermopyale, Athens fell on the 27th April and the British evacuated 50,000 troops to Crete. This island, whose airfields and naval bases Churchill considered vital to the defence of Egypt and the Suez Canal, was invaded by German airborne troops the following month and eventually captured after a bitter thirteen-day battle. The remaining British troops were evacuated and the fall of Greece completed. John Carr’s masterful account of these desperate campaigns, while not disparaging the British and Commonwealth assistance, draws heavily on Greek sources to emphasize the oft-neglected experience of the Greeks themselves and their contribution to the fight against fascism.