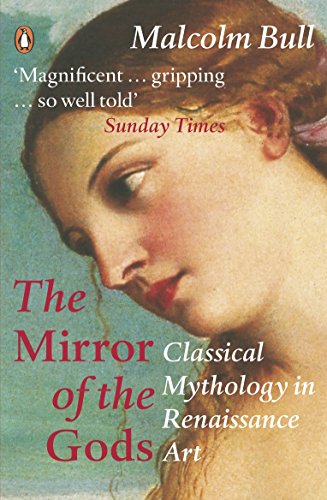 The Mirror of the Gods: Classical Mythology in Renaissance Art

Perhaps the single most revolutionary aspect of the Renaissance was the re-emergence of the gods and goddesses of antiquity. In the midst of Christian Europe, artists began to decorate luxury goods with scandalous stories from classical mythology, and rulers to identify themselves with the deities of ancient religion. The resulting fusion of erotic fantasy and political power changed the course of Western art and produced many of its most magical and subversive works.
The first book ever to survey this extraordinary phenomenon in its entirety, The Mirror of the Gods takes the story from the Renaissance to the Baroque. Each chapter focuses on a particular god (Diana, Apollo, Hercules, Venus, Bacchus, Jupiter) and recounts the tales about that deity, not as they appear in classical literature but as they were re-created by artists such as Botticelli, Titian, Bernini and Rembrandt. And yet this is not a book simply about painting and sculpture. It is an attempt to re-imagine the entire designed world of the Renaissance, where the gods also appeared in carnival floats and in banquet displays, and entertained the public in the form of snow men and fireworks. This rich and original new portrait of the Renaissance will ensure that readers never see the period in quite the same way again.