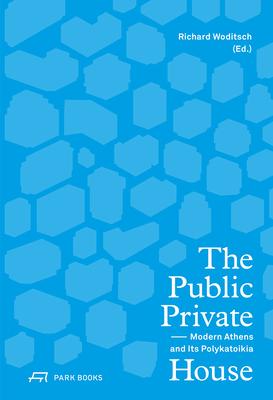 The Public Private House: Modern Athens and Its Polykatoikia

Throughout the twentieth century, the ancient city of Athens underwent a massive transformation into simple sets of apartment blocks, or polykatoikia. Today, these multifamily residential units define the city’s landscape from centre to periphery and house a majority of Greece’s population. Yet specific circumstances and cultural patterns set Athens’s transformation apart from the arrival of architectural modernity in other countries, and what has emerged in Athens is a distinctly Greek variety of modern urban development. The Public Private House examines Athens’s urban character and the apparently unlimited adaptability of polykatoikia. In the first part of the book, a photo essay offers an overall impression of Athens and its signature housing structure. The second part of the book investigates historic developments, the genuinely democratic process of urban planning in the city, and comparisons with Le Corbusier’s Dom-ino system, as well as exogenous factors, such as crucial social aspects and the impact of Athens’s strict building code. The concluding third part of the book provides an illustrated analysis of Athens’s most notable examples of polykatoikia and of current developments in Greece contributing to a the building type’s decline.