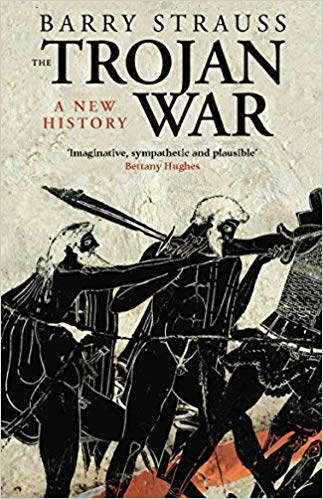 Did the Trojan War really happen?

Spectacular new archaeological evidence suggests that it did. Recent excavations and newly translated Hittite texts reveal that Troy was a large, wealthy city allied with the Hittite Empire. Located at the strategic entrance to the Dardanelles, the link between the Aegean and Black Sea, it was a tempting target for marauding Greeks, the Vikings of the Bronze Age. The Trojan War may have been the inevitable consequence of expanding Greek maritime commerce.

Written by a leading expert on ancient military history, the true story of the most famous battle in history is every bit as compelling as Homer’s epic account – and confirms many of its details. In The Trojan War, master storyteller Barry Strauss puts legend into its historical context, without losing its poetry and grandeur.