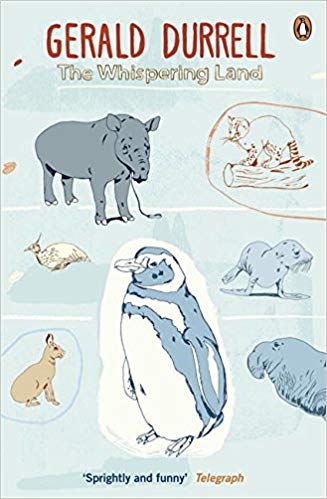 ‘When you have a large collection of animals to transport from one end of the world to the other you cannot, as a lot of people seem to think, just hoist them aboard the nearest ship and set off with a gay wave of your hand.’

Gerald Durrell and his wife are the proud owners of a small zoo on the island of Jersey. But there’s one thing that’s better than a small zoo – a bigger one! So Durrell heads off to South America to collect more animals.

Along windswept Patagonian shores and in Argentine tropical forests, he encounters a range of animals from penguins to elephant seals. But as always, he is drawn to those rare and interesting creatures which he hopes will thrive and breed in captivity . . .

Told with enthusiasm and without sentimentality, Gerald Durrell’s The Whispering Land is an often hilarious but always inspiring foray into the South American wilds.