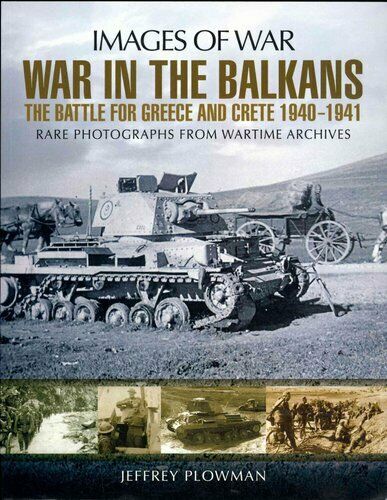 Jeffrey Plowman’s photographic history traces the course of the entire Balkan campaign from the first moves of the Italians through Albania and the invasion of Jugoslavia and Bulgaria by German forces through to the battle for Greece and the final airborne assault on Crete. He gives equal weight to every stage of the campaign – he doesn’t just combine the first stages and treat them as an introduction to the battle for Crete – and he covers all the forces involved – the Germans, the Greeks, the Commonwealth troops. By shifting the focus to the mainland, he views the campaign as a whole, and he offers a balanced portrayal of a conflict that is often overlooked in histories of this phase of the Second World War. Most of the graphic photographs he has selected have never been published before, and many come from private sources. They are a unique visual record of the military vehicles, tanks, aircraft, artillery and other equipment used by the opposing armies seventy years ago. They also show the conditions the soldiers faced, and the Balkan landscapes over which they fought, and they give a powerful impression of the reality of battle for the men themselves.

Δώστε πρώτος μία αξιολόγηση “War in the Balkans: The Battle for Greece and Crete 1940-1941” Ακύρωση απάντησης